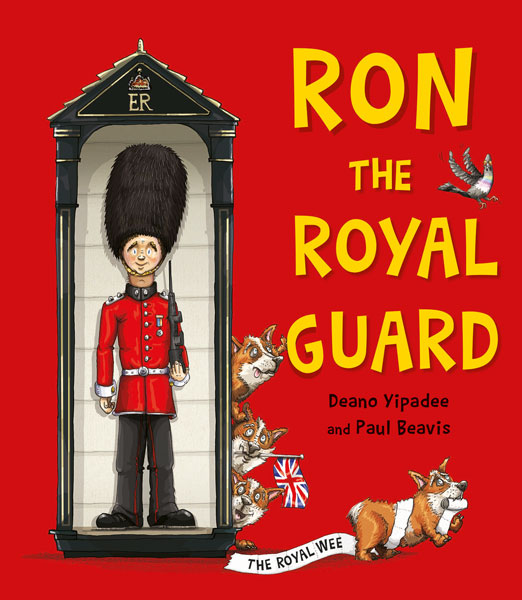 Ron finds himself in a spot of bother when he needs to leave his post. Can the corgis help Ron, and fool the Queen? This gleeful tale will delight young and old.

His debut book Jingle Bells, Rudolph Smells went to number one in the New Zealand Best Sellers Charts. Deano performs on some of the world’s biggest stages. In addition to headlining the Kidz Field at Glastonbury, he’s toured New Zealand with Wonky Donkey author Craig Smith, and has worked with script writers whose credits include Bob The Builder and Thomas and Friends. Deano has collaborated, with numerous TV stars and has even interviewed international superstars, Justin Timberlake and Ed Sheeran.

Paul studied Graphic Design at Central St. Martins School of Art during the early 90s. After graduation he worked in children’s animation making shows for BBC and Channel 4. His first picture book Mrs Mo’s Monster was released in 2014.