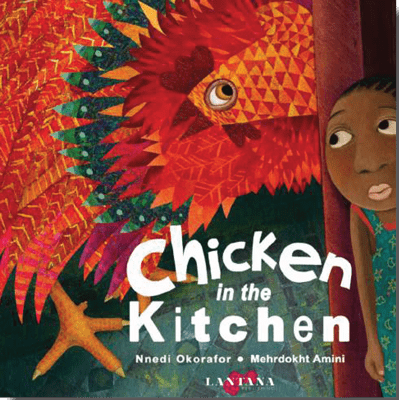 Chicken in the Kitchen

What would you do if you woke up one night to find the shadow of a giant chicken passing your bedroom door? Go and investigate of course! A hugely entertaining look at the fascinating masquerade culture of West Africa, from the perspective of a plucky young Nigerian girl who finds the courage to protect the traditions she loves.

Mehrdokht Aminiis an Iranian-born illustrator who has been nominated twice for the Kate Greenaway Medal and participated in the prestigious Biennial of Illustrations Bratislava.