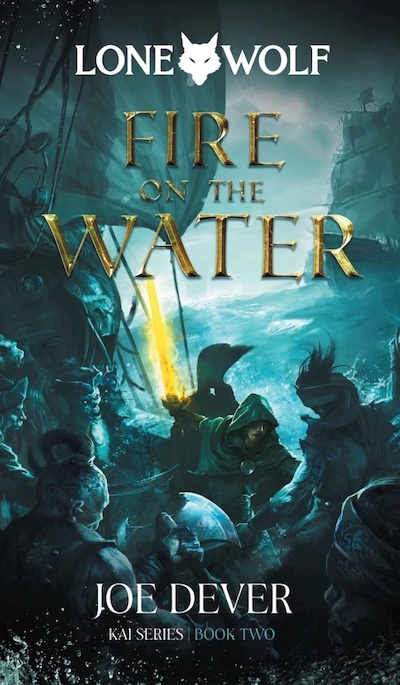 Fire on the Water:

In this DEFINITIVE EDITION of the classic gamebook, the work of JOE DEVER and GARY CHALK is reunited in print for the first time since 1991.
Bitter war wages through your homeland as the Darklords of the west lay siege to the capital. The King has commanded you to make haste to the realm of Durenor, to retrieve the only power in Magnamund that can save your people – the Sommerswerd, the sword of the sun. Ahead of you lie treachery and sabotage, ferocious seastorms, and the ghostly death-hulks of Vonotar the Traitor. Enemies hide beyond every turn of the page. Will YOU rise to meet your destiny?
The second episode in a unique interactive series of 32 books.  A must-read for fans of gaming and fantasy.