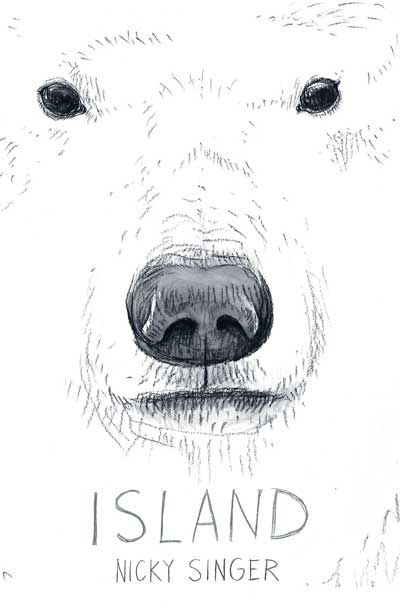 Urban teenager Cameron arrives on an uninhabited Arctic Island.
He’s prepared for ice and storms and, stripped of his smart technology, possibly boredom. But he’s not prepared for 24-hour daylight and erupting graves! At first Cameron believes the explanations of his research scientist mother. But, as the island reveals itself to him, he begins to see, and hear, things that push him right to the edge of the possible.
One of them is an Inuit girl. The other is a large white bear….

Nicky Singer has written four novels for adults, two books of non-fiction but most of her recent work is for young people. Her first children’s novel, Feather Boy, won the Blue Peter ‘Book of the Year’ award and was adapted for TV.
See more key titles