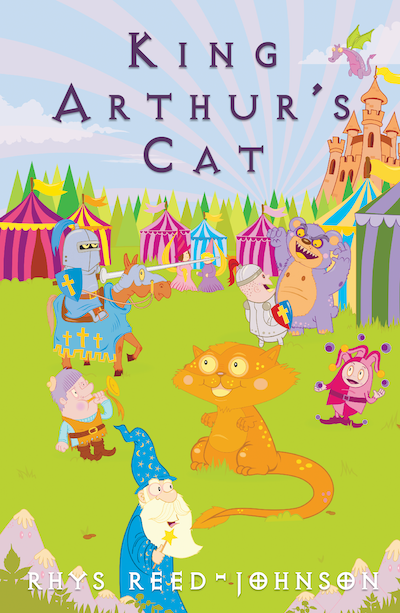 King Arthur is woken up in the middle of the night by an awful racket coming from one of the castle’s ricketiest towers.  He makes a surprising discovery: Sir Softpaws, his favourite cat, has magically grown fifty feet tall.  Worse still – Merlin – Arthur’s least favourite wizard, has mysteriously vanished. Faced with the problem of a giant cat squishing his peasants, Arthur is in a right royal pickle.