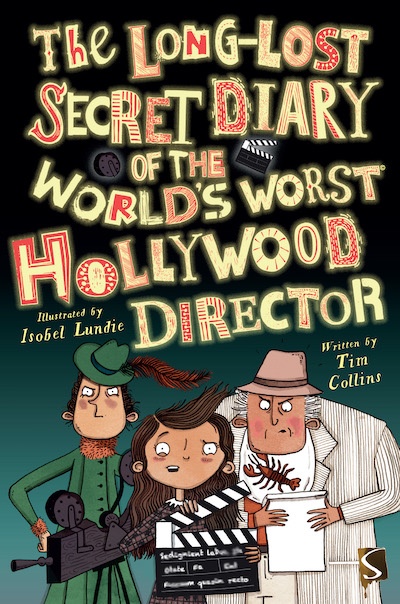 This series of hilarious fictional diaries put us inside the heads of hapless figures from history in frazzling situations. Clara is a girl living in Los Angeles, California, in 1915, at the beginning of the Hollywood era. Suddenly, she finds herself working behind the scenes in the film industry for a big-shot producer called Mr Cheeseman. Can she make it to the top in showbiz and become a renowned director, or will her new career end in disaster? ‘Get Real’ fact boxes feature throughout, providing historical context and further information, as well as a timeline, historical biographies and a glossary in the endmatter.
See the trailer for World’s Worst Pirate here www.salariya.com