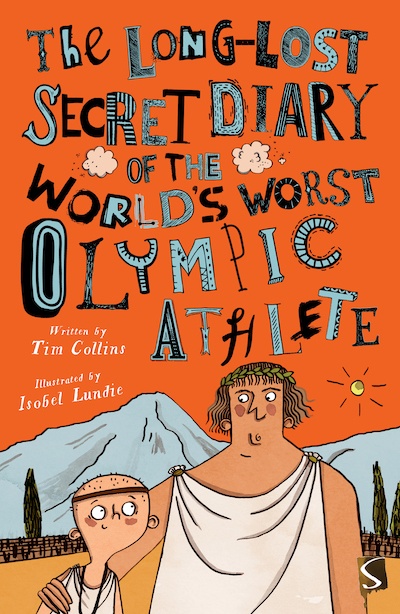 The Long-Lost Diary of the World’s Worst Olympic Athlete

This series of hilarious fictional diaries put us inside the heads of hapless figures from history in frazzling situations. Alexander is a fourteen-year-old boy living in Athens in the 5th century BC. He wants to be a great warrior like his father, but he can barely lift a spear. When he’s tasked with accompanying a great Greek warrior, Dracon, to the Olympic Games in Oympia, he might just get his chance to prove himself in the sporting arena instead of on the battlefield. Will he become an Olympian legend or will the Greek poets be composing songs about how terrible he is?
‘Get Real’ fact boxes feature throughout, providing historical context and further information, as well as a timeline, historical biographies and a glossary in the endmatter.